Share a memory
Obituary & Services
Tribute Wall
Read more about the life story of Evelyn and share your memory.

Evelyn Catherine Pompo Lasse, age 91, of Milford, beloved wife of the late Russell J. Lasse, passed away on Tuesday, January 10th surrounded by her loving family.  Evelyn was born in New Haven, CT on April 6, 1931 to the late Joseph and Mary Villano Pompo. She grew up in New Haven and began to study music at a very young age. She learned to play both the accordion and the organ and by the time Evelyn reached her teens she was singing and performing at various venues throughout New Haven and Fairfield Counties.  She was crowned Miss Elm City in 1946 and appeared on many a show playing back up for the amazing likes such as Louis Prima, Ella Fitzgerald and Perry Como. In the late forties, early fifties, Evelyn performed endlessly at the Maples restaurant owned by her late in-laws Mabel and Peter Lasse. It’s there where she met the love of her life Russell and went on to be married. She and her husband opened Lasses Restaurant, a well-known staple and landmark in Milford since 1964.  Throughout the sixties and seventies, Evelyn worked tirelessly each day alongside her husband in the kitchen and then would swiftly switch gears faithfully on Friday and Saturday evenings to a packed restaurant of loyal patrons there to watch her magnificent performances.  She lead sing-a-longs like no other.

Survivors include her children: Kathleen Sembiante and her husband Mark of Stratford, Joyce Lasse of Milford, Peter Lasse and his wife Patricia of NY, Joanne Rohrig of North Carolina and Patricia Pihonak and her husband Mark of Shelton, nine beloved grandchildren; Corinne, Nicole, Joseph, Jared, Jeremy, Charlie, Chelsea, Jillian and Jackie along with seven great-grandchildren

Family and friends may call on Sunday, January 15th from 3:00 p.m. – 6:00 p.m. in THE GREGORY F. DOYLE FUNERAL HOME, 291 BRIDGEPORT AVENUE, MILFORD, CT. A Mass of Christian Burial will be held on Monday, January 16th at 11:00 a.m. in Saint Ann Church, 501 Naugatuck Avenue, Milford.  Interment will be private.  In lieu of flowers, donations may be made to the American Liver Foundation or to the Alzheimer’s Association.  To share a memory, please visit www.gregoryfdoylefuneralhome.com

To send flowers to the family or plant a tree in memory of Evelyn Catherine (Pompo) Lasse, please visit our floral store. 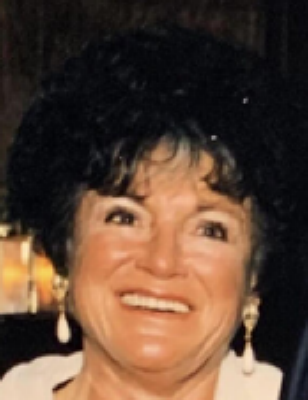