Share a memory
Obituary & Services
Tribute Wall
Read more about the life story of Gerald "Jerry" and share your memory.

Gerald “Jerry” Carpinelli, age 77, of Milford, beloved husband of Sara Canzoneri Carpinelli for 40 years, passed away peacefully on Monday January 9, 2023 surrounded by his wife, Sara.  Jerry was born in Brooklyn, NY on September 15, 1945 to the late Carl and Jessie Marcone Carpinelli. He was a proud veteran of the US Airforce serving between 1965 and 1969 during Vietnam.  He graduated from the Academy of Aeronautics and had a certificate in engineering.  He worked on C-130’s and was a helicopter mechanic at Sikorsky Aircraft for 20 years.  Jerry also was a planner for Pratt & Whitney in Middletown.  Jerry was as patriotic as they come and never missed voting or any veterans’ celebrations.  He was always proud to wear his “American Jacket” and hats.  He will be missed by his family and friends and by his best friend and wife, Sara, who met him 51 years ago.

Survivors in addition to his wife, Sara, include his sister-in-law, Barbara Carpinelli, brothers-in-law, Gary Joseph and Jim Canzoneri and their spouses, and several nieces and nephews.  Jerry is predeceased by his brothers, Rocky and Joseph Carpinelli.

Friends and family may call on Tuesday, January 17th, 2023 from 10:30 a.m. – 11:30 a.m. in The Gregory F. Doyle Funeral Home, 291 Bridgeport Avenue, Milford.  A Mass of Christian Burial will follow at 12:00 p.m. in St Ann Church, 501 Naugatuck Avenue, Milford.  Interment will follow in St Mary Cemetery, 425 Buckingham Avenue, Milford.  In lieu of flowers, donationations may be made to a veterans charity of your choice. To leave an online condolence, please visit, www.gregoryfdoylefuneralhome.com.

To send flowers to the family or plant a tree in memory of Gerald "Jerry" Carpinelli, please visit our floral store. 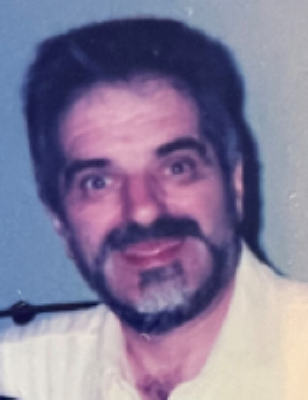