Read more about the life story of Harry and share your memory.

Jesus welcomed Harry Griffin at the gates of heaven on November 4, 2022. Harry leaves his loving and devoted wife, Eleanor, and a large family whom he was very proud of and deeply loved. They include his daughters, Debbie Griffin and Carrie Beckley and her husband, Andrew, and his two beautiful granddaughters, Grace and Hannah Beckley- who lovingly knew him as “Papa.” Harry is predeceased by his first wife, Shirley Crowley Griffin and his son, Richard. He is also predeceased by five brothers and sisters and leaves his younger brother and close friend, Robert, and his wife, Barbara, and his brother-in-law, Walter Crowley and his wife Kathryn, as well as many nieces and nephews. He also leaves his “second” family of stepchildren and step-grandchildren and step-great grandchildren who lovingly knew him as “Mr. Harry” and "Grandpa Harry.” For the past ten years, Harry and Eleanor have opened their home to four wonderful students who he lovingly called his “Daughters.” Words could never do justice to the extraordinary life of Harry Griffin. A life-long resident of Milford, Harry grew up as a “Walnut Beach kid.” He loved the ocean and everything it had to offer, including endless swimming, clamming, boating, and fishing. While working as a young man at Perry’s Restaurant in Milford, Harry helped create the infamous “Original New England lobster roll!” Harry served in the US Army during the Korean War and was a member of the Milford Elks and VFW. As a faithful follower of Jesus Christ, Harry was a long-time member of Grace Baptist Church in Milford, where he was involved in many ways including cooking for church gatherings. Known as “Mr. Fix-it”, Harry also helped repair and build anything the church needed. Being a very generous man, Harry would gladly interrupt his life to freely give of his time and resources to help anyone in need. He was always so dependable and one whom people could count on. His sincere love for people was exemplified when he would often play his guitar and sing at Newington Children’s Hospital. Harry was so talented and had many hobbies and interests throughout his life. He loved to cook and even created a cookbook of his finest recipes. He was known as the official “Grill Master” at family gatherings. He was an avid and voracious reader and gifted storyteller. He also loved to write stories and paint. Harry’s legacy of deep love for his family, service to others and his country, and his commitment to God will forever remain in the hearts of those who loved him. A Memorial Service will be held on Saturday, December 3, 2022, at 11:00 a.m. at Grace Baptist Church, 400 Burnt Plains Road in Milford.

To send flowers to the family or plant a tree in memory of Harry Richard Griffin, please visit our floral store. 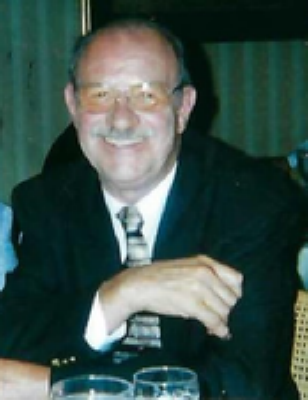