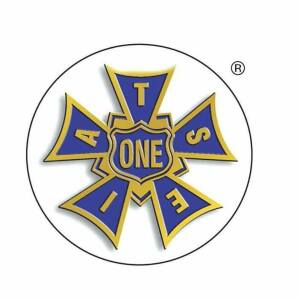 Pete was born in Suffern, NY on October 17, 1966 to the late Raymond and Yoshiko Etsumoto Wright.  He worked as a Stagehand for IATSE Local 1 for 34 years.

Survivors, in addition to his wife Marcie, include his beloved sons, Kenny and Matthew Wright, both of Milford; brothers, Raymond Wright, Donald Wright (Peggy), and Glenn Wright; and many nieces and nephews.  Pete was predeceased by his siblings MaryAnn Blais, Irene Marmora, and John Wright.

Pete was a devoted husband, father and uncle, as well as a friend to many. An Eagle Scout himself, he was very involved in his sons’ Scout experiences, and he was incredibly proud of their many accomplishments. Pete had an infectious smile, and he loved to hang out with family and friends, have a beer, cook some ribs in his smoker, and swap stories and have some laughs.

Friends and family are invited to greet the family on Wednesday, December 2 from 1 p.m. to 5 p.m. in front of the August Wilson Theatre, located at 245 West 52nd Street, New York, NY between Broadway and 8th Avenue.

In lieu of flowers, donations may be made to The Peter Wright Eagle Scout Scholarship Fund at https://www.gofundme.com/f/peter-wright-eagle-scout-project-scholarship. The Gregory F. Doyle Funeral Home is handling arrangements.