Share a memory
Obituary & Services
Tribute Wall
Read more about the life story of Richard and share your memory.

Richard “Dick” E. Cable, age 78, of Milford, beloved husband of Diana Myers Cable for 55 years, died on Sunday January 8, 2023 surrounded by his family. Dick was born in Bridgeport on May 24,1944 to the late Elmer and Betty Hyder Cable. He was a proud veteran of the US Army and was a member of the American Legion Post 196 in Milford. Dick worked for the City of Milford Data Processing Department for many years and enjoyed spending time with his family. He loved his trips to Atlantic City and later to Foxwoods and Mohegan Sun casinos.  Dick enjoyed spending time with his wife, Diana, in the sunshine of his condo at Cape Cod as well as following his Boston Red Sox, Bruins and New England Patriots. Most of all, Dick treasured spending time with his four grandchildren, who meant the world to him.

Survivors include his children: Dawn Bettencourt and her husband Steven of Woodbridge and Richard Cable and his wife Allison of Orange, his four cherished grandchildren, Kaylyn and Nicholas Bettencourt and Zack and Ty Cable, his sister, Carol Alex of Milford, sister-in-law Marlene Cable of Stratford, and several wonderful nieces, nephews and friends who are now family. Dick is predeceased by his siblings, Marilyn Cable Rogers and William Cable.

Friends and family may call on Wednesday, January 11th from 4:00 p.m. – 7:00 p.m. in The Gregory F. Doyle Funeral Home, 291 Bridgeport Avenue, Milford. Friends are invited to attend the Funeral Service in the Funeral Home on Thursday January 12th at 10:00 a.m. Interment will follow in Milford Cemetery. In lieu of flowers, donations may be made to the Make-A-Wish Foundation or to the American Legion Post 196 in Milford. To leave an online condolence, please visit, www.gregoryfdoylefuneralhome.com.

To send flowers to the family or plant a tree in memory of Richard E. Cable, please visit our floral store. 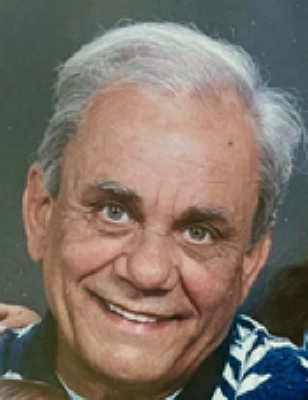