Read more about the life story of Thomas and share your memory.

Thomas (Tom) Jay Flynn was born in Harrisburg, PA on March 5, 1955, cherished son of the late James and Helen Beaman Flynn. After a courageous fight, Tom died peacefully on Sunday, November 13th, 2022 surrounded by his three daughters to whom he was deeply devoted and in whom he took great pride.

Tom lived a life of epic proportions. He was an avid businessman with an incredible entrepreneurial spirit. He never did anything in small scale. His passion for building led him to start his career as a general contractor which matured quickly into an accomplished commercial real estate developer. He took great pride in his work and loved the impact he made transforming the city of Harrisburgover the last few decades. In 1989 he was named Ernest & Young’s Northeast Entrepreneur of the Year for his accomplishments.

Tom's most treasured moments were with his daughters. Whether it was four wheeling, boating, camping, horseback riding, skiing, or finding ways to provide next level entertainment for his children and their friends, he did it for the thrill and joy it provided others. Despite the season or time of year, he loved ending his days settled in at the cabin with a raging fire, a good movie and his dog by his side. He was always the life of the party but treasured his alone time at home.

He was an avid boat captain who loved entertaining friends and family while he navigated the beautiful waters of Stone Harbor, Florida, the Caribbean and beyond. Escaping to warm weather with his "three chipmunks" is where he was happiest. Tom's adventurous spirit extended to the skies as he was a licensed pilot. He was passionate about the independence flying provided him and he loved playing the part of "chauffeur in the sky". Tom wore many hats over the course of his life - father, brother, uncle, Pop Pop, Teej, The Rifleman, successful contractor, CRIC member, "Mr. Mom", unlicensed Mercedes Benz dealer, impressive mechanic and Coca Cola aficionado, to name a few.

Despite his serious medical condition Tom never stopped smiling.  His positive attitude on life was contagious to those around him and his courage in the face of this personal adversity was impressive, selfless, and truly fearless.  In the words of John Wayne, a lifelong hero of his, “Courage is being scared to death, but saddling up anyway”.

Tom will be remembered for his kindness, generosity, and unique-one of a kind humor that brought tears of laughter to those around him. He was a maverick in every sense of the word who valued independence, determination and humility. These qualities his family will strive to carry on in his honor.

Tom is survived by his three daughters, Alison Zook and her husband Andrew of Weston, MA, Katie Schroeder and her husband Luke of Darien, CT and Corey Flynn and her partner Matt Novak of Salt Lake City, UT; cherished grandchildren Flynn, Brooks, Lucy and Baker; beloved golden retriever Patton; mother of his children Lisa Fenton; his siblings Pat Usner, Mike Flynn, Gerry Socha, Georgia Liddell and Laurie Foster of Harrisburg, PA and his adored nieces and nephews. Tom was predeceased by his parents and his brothers-in-law Jack Usner and Fran Socha.

Friends and family are invited to a celebration of his life on Monday, December 12th at 4pm at the West Shore Country Club in Camp Hill, PA. There will be a private interment at Harrisburg East Cemetery. In lieu of flowers please consider making a donation to https://www.reinsoflife.com/giving

To send flowers to the family or plant a tree in memory of Thomas J. Flynn, please visit our floral store. 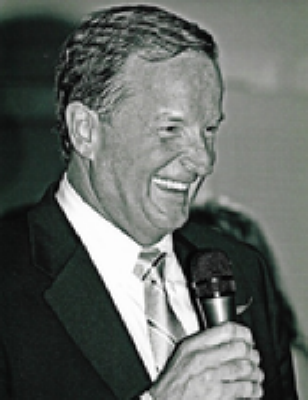